Central 7s in Levin on Saturday 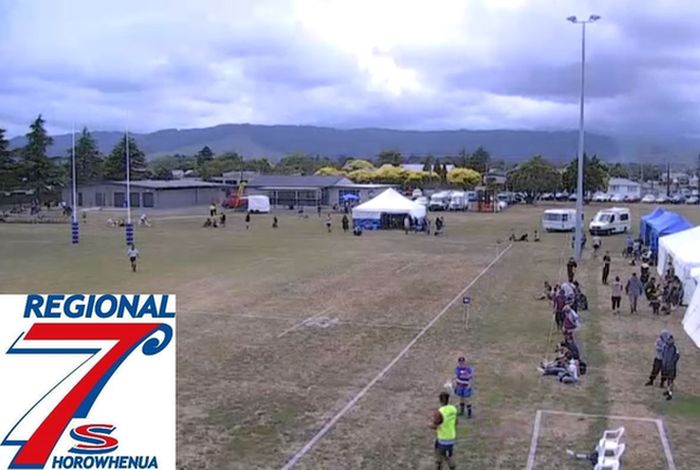 The Horowhenua Kapiti Rugby Union is celebrating its125th anniversary in 2018. On Saturday festivities in a huge year will conclude at Playford Park, Levin in hosting the 25th annual Central Zone 7s tournament.

Wellington won the inaugural event in 1993 and will look to defend the title they won against Manawatu 12 months ago. Wellington were impressive winners in 2017, scoring 152 points and only conceding three tries.

Romu Senileba, Esi Komaisavai and Dan Schrijvers, who all scored personal hat-tricks in a single game last year, return to a settled looking roster who have effectively won 19 out of 20 games in warm-up events in Counties, Wainuiomata and Rongotai already.

Who can stop Wellington?

One suspects both Wanganui and Hawke’s Bay will struggle. Wanganui endured a tough visit to the eighth annual Weepu 7s last Saturday. Leaving central Wanganui at 5:30am, the team bus was stalled in Levin following a motor accident. A diversion resulted in a late arrival and already under strength in numbers, injuries forced two coaches to strip off and play. However Samu Kubunavuna and Brett Landers are worth keeping an eye on.

The Magpies have lost half a dozen players this week, including former New Zealand reps Tamati Samuels and Trinity Spooner-Nera. Hawke’s Bay does boast many familiar names to Wellington audiences though, with Zac Donaldson and Saia Paese sure to add plenty of zest.

Hosts Horowhenua-Kapti beat Wairarapa Bush in the Lochore Cup final this year and the likes of Ethan Reti, Randall Bishop and Willie Paia’aua are sure to excite the locals while livewire flanker Epeli Rayaqayaqa, Inia Katia and Soli Malatai are the pick of the Bush’s talent.

Taranaki will be without Regan Ware and Kurt Barker who are in Dubai with the New Zealand team, but after missing out in extra time in the semi-final last year, Taranaki won’t be short of motivation to perform. Taranaki are headlined up English international Warwick Lahmert and former All Black sevens member Beaudein Waaka.

Wellington, Hawke’s Bay, Wanganui and Poverty Bay are in Pool A and Taranaki, Manawatu, Wairarapa Bush and Horowhenua Kapiti complete Pool B. Each province plays each other once before a semi-final and the grand-final.

Manawatu have won all six women’s tournaments and the reigning National champions are favourites to prevail again. Regulars Crystal Mayes, Rebekah Cordero-Tufuga and Selica Winiata all return in a Cyclones team absent of New Zealand captain Sarah Goss, but still oozing with talent.

Manawatu are joined by Wellington, Taranaki and Hawke’s Bay in a four-way shootout which involves three pool games and a straight final.

Hawke’s Bay beat Wellington in the Farah Palmer Cup and the likes of Teilah Ferguson, Hope Hakopa and Anna Powdrell are reason to be weary.

Taranaki will struggle having conceded a record number of points in the Farah Palmer Cup this year, but Jessie Atiken-Fowell and Casio Austin return from 2017 which saw Manawatu win all four pool games, two by 50 points or more before accounting for Wellington 26-5 in the final.

Wellington captain Kat Simpkins scored first, but Manawatu held their nerve to come back with two tries and lead 12-5 at halftime. Manawatu then scored twice more in the second half to prevail 26-5. Mayes scored two tries in the final.