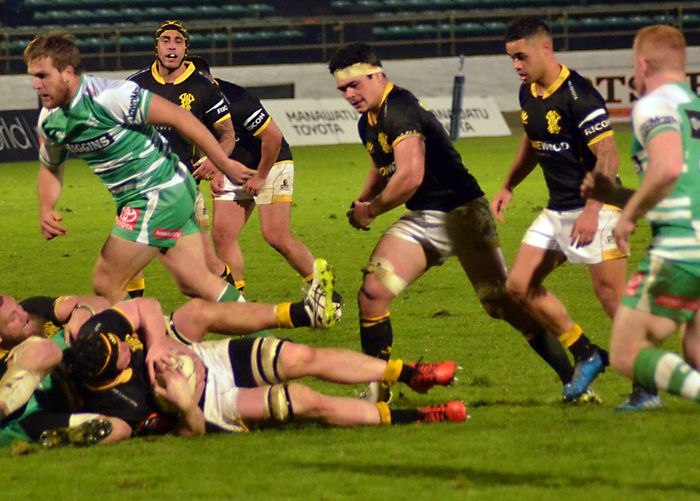 Observers of last year’s National under-19 Jock Hobbs Memorial Trophy final between Waikato and Auckland would find it difficult to argue a case against Du'Plessis Kirifi not being named Player of the Match.

“Kirifi won pivotal turnovers with his low body position and combative defence. He also carried with gusto and was dramatically denied a try in the 46th minute when run down after a 35-metre charge by Dalton Papali’i.”

The openside flanker was surprisingly excluded from the New Zealand Under-20’s squad, an admission that stunned many, but apparently not Kirifi himself.

“My preparation for the first camp wasn’t as good or long as it could have been. I was disappointed but unsurprised to be left out. There were a lot of good players,” Kirifi insists.

“There were only three Waikato players picked. We had an awesome team, but it wasn’t a star team,” Kirifi continued.

Interestingly Kirifi’s former flatmate Matthew Lansdown scored 20 points in the final and was another player unlucky not to be picked.

The Wellington Lions are delighted to have the services of Kirifi. He is officially listed as a loan player because he played club rugby in Hamilton, but he is no longer with the Mooloos. Why the sudden switch to the capital?  Kirifi had represented the Chiefs development side this year and the capital move wasn’t even on the cards two months ago.

“My agent noticed a chance to come down and I liked what the Lions had to offer so I decided to move. I am flatting with Jordie Barrett who I went to school with,” Kirifi explains.

“I was supposed to be a back up to Greg Foe, but he broke his arm in pre-season which sucks so I got 80 minutes against Manawatu on Sunday which I didn’t expect.”

Kirifi was satisfied with his contribution in the 41-29 victory against Manawatu on Sunday.

“Du'Plessis is a good lad. He was a house captain and an outstanding all-round sportsman. He was in the First XV for two years and we thought he was really good. He is tough, skilful and punched above his weight. He even played halfback a couple of times for us,” Stuck acclaimed.

Francis Douglas enjoyed two outstanding seasons when Kirifi was in the roster. In 2013 they won 22 out of 24 games and finished in the top eight in New Zealand. In 2014, Francis Douglas won 16 out of 21 matches. Twice New Plymouth Boys’ High School was toppled.

“Du'Plessis is really dynamic at the ruck. A strength of those Francis Douglas teams was their ability to frustrate opposition at the breakdown and win turnovers. Du'Plessis was a big part of that. We weren’t the biggest team, but we annoyed a lot of teams with our hustle,” Stuck revealed.

“I really enjoyed my time at Francis Douglas. Nobody was bigger than the team and because of that we did really well. Stucky and Steve Simpson built a great culture. I am still tight with a lot of those boys”

Stuck coached Kirifi in the Taranaki Under-19’s in 2015. Taranaki beat defending champions Wellington comprehensively in the quarter finals at the Jock Hobbs Memorial tournament and Kirifi was a standout performer.

Of Samoan descent, Kirifi comes from an accomplished sporting family. His father Jack was a loose forward and centurion for Ponsonby in Auckland. Jack named his son after former Western Province loose forward Morne Du'Plessis, a No.8 who captained the 1976 Springboks to a series win over the All Blacks in South Africa. Du'Plessis’ mother Donna is an aerobics instructor.

The Wellington Lions host Taranaki in round two of the Men’s NPC this Saturday at the Westpac Stadium on Wellington Rugby’s Old Timers’ Day. Kick-off is 2:35pm.